When Columbus restructured their sales organization, Vainu became an important part of the new strategy for creating targeted campaigns for their ideal customers and enriching data in HubSpot CRM.

Columbus is an IT service and consulting company that focuses on developing, implementing, and support for digital business solutions.

In 2019, Columbus was looking for smarter, data-driven ways to identify and reach out to companies matching their ideal customer profile (ICP). Their goal was to simplify prospecting, get actionable insights on the technologies their customer and prospects were using, and get timely reports on relevant company changes. As a result, Columbus made several significant changes to its sales organization. And, Vainu helped them.

Headquartered in Ballerup, Denmark, Columbus is an IT-service and consulting company with more than 2,000 employees serving customers worldwide. They focus on the development, implementation, and support of digital business solutions, guiding their customers into digital transformations. “The secret is our end-to-end digital solution, deep industry knowledge, extensive technical expertise, and profound customer insight,” as Columbus writes on their website.

We sat down with Filip Lindwall, Head of Sales for Digital Commerce at Columbus, and asked him how they use Vainu after their organizational changes in 2019. “Now we’re able to focus 100 percent on the companies matching our ICP,” he explains. “Without Vainu, we wouldn’t have had the opportunity to work with such targeted campaigns as we do now.”

Incidentally, Columbus was one of Vainu’s first customers in Sweden back in 2015. At that time, the company mostly used Vainu for finding new opportunities to support their small, and yet not so active, sales organization. It didn’t work for them.

Four years later, Columbus was a different sales organization, larger, more structured, more focused. Looking to find smarter ways of doing sales around their ICP, Vainu came to mind. They decided to try it out again and this time, it worked.

During the implementation period, Columbus worked shoulder to shoulder with Vainu's Engagement team to set up a workflow that was aligned with the customer's new goals and processes. Filip Lindwall acknowledges the implementation was really good: "It genuinely felt like our Engagement Manager understood how we wanted to work, but at the same time, she challenged our ways of thinking, to set up the best possible process. She was very clear that if we don't reach high activity early on, we won't get any returns from the platform. She was very consultative, which was exactly what we needed." 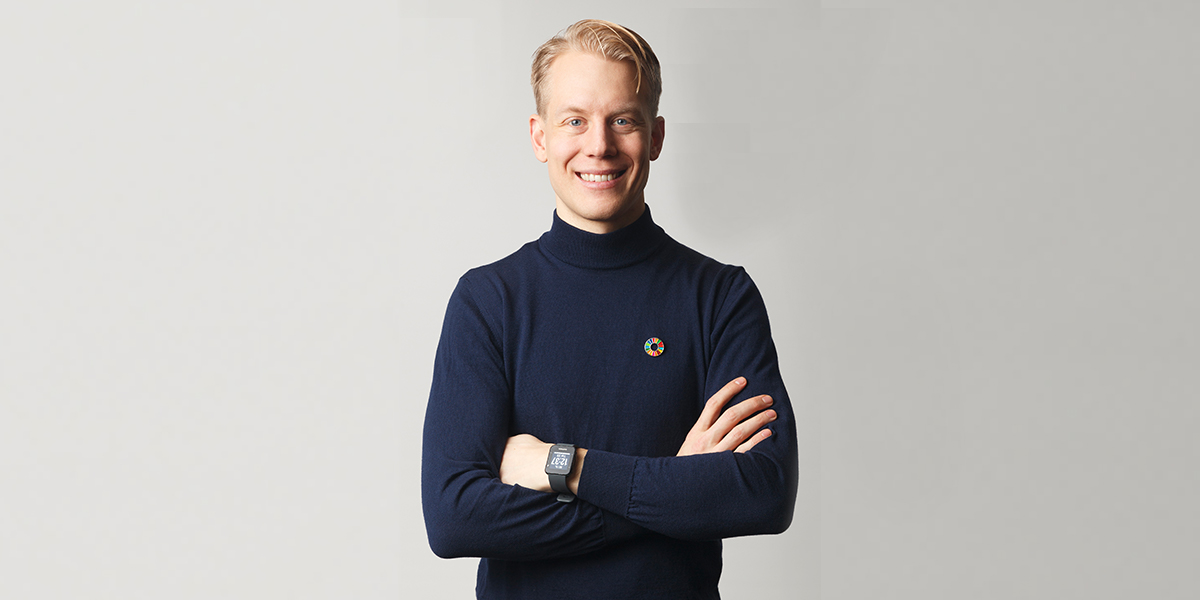 Targeted campaigns with higher hit-rate and better quality on meetings

Salespeople at Columbus also have other tasks. Simultaneously, they work with customers and collaborate with a telemarketing agency that helps them book qualified meetings. “Before we started to use Vainu, it took us and the telemarketing team hours, sometimes days, to build a list of good fit prospects. More often than not, during calls, they had to ask prospects what technologies they use to be able to qualify leads,” says Lindwall.

Thanks to Vainu’s company information, Columbus sales organization saves 13 hours per new campaign they launch. “In just one minute, I can put together a list of companies that fit our ICP. Not only that. Now, I also know which technologies or tools they use, so I can determine if we’re strong suppliers on those. When we can mention this early in the conversation with prospects, we quickly gain their trust,” Filip Lindwall continues. Working on more targeted campaigns means a higher hit-rate, and also produces more top quality meetings because salespeople can quality the prospect earlier in the sales process.

According to Lindwall, before long Vainu had proved it was a good investment: “Soon after starting to use Vainu, we won a public tender which translated into a large deal. The fact that we were even involved in a deal like this gave us enough reason to count the yearly investment of Vainu as profitable. We would never have been part of this deal without Vainu.”

Wish to have similar results? Request a demo now!

“The implementation was really good. It genuinely felt like our Engagement Manager understood how we wanted to work, but at the same time, she challenged our ways of thinking, to set up the best possible process. She was very clear that if we don't reach high activity early on, we won't get any returns from the platform. She was very consultative, which was exactly what we needed.”

When Vainu launched Vainu for CRM in January 2020, Columbus was one of the first companies in Sweden to get onboard. The first step was to update company data for all the 2,720 Swedish companies in HubSpot, their customer relationship management system. In the past, Columbus salespeople would update contact information manually. That was a struggle because many salespeople wouldn’t even use the CRM every day. “Using Vainu for CRM helped us to become better HubSpot users and build workflows based on the companies we want to be in contact with and when,” explains Lindwall. “Now, I can single-handedly manage tasks I couldn’t before.” For example, when Columbus attends an event, they can easily import a list of leads to HubSpot and segment companies based on their relevance. “That was something that took weeks to do before—or wasn’t done at all,” says Lindwall.

Automation doesn’t stop there. Thanks to Vainu’s alerts, account managers at Columbus received updates on customers within a specific region, straight into Slack channels, so they stay on top of what’s happening with their accounts. Lindwall tells an example: “One of our account managers recently saw that one of her most important accounts was closing down many of its businesses. Right away, she knew what to do.” These triggered workflows have changed the way we work and spiked the interest in Vainu: “More and more, our salespeople and account managers want access to Vainu, so they set up reports on their customers. At exceptional times, like the pandemic, it has been crucial to know what is going on with our customers, which companies are letting people go, and which ones show signs of growth.”

Consulting 51–200
Learn how Berggren monitors buying signals from their 4,000 customers with Vainu.

Vainu is a genuinely useful tool. I've recommended it to many colleagues in other companies, and many of them have chosen Vainu.

Our customer data has been enriched, and newly implemented Pipedrive CRM brings genuine value to our sales process. We have time to identify opportunities in our current client base as well as potential clients. We've been able to close sales with the help of more structured customer data. This transformation couldn't have been done without our partner, Vainu.